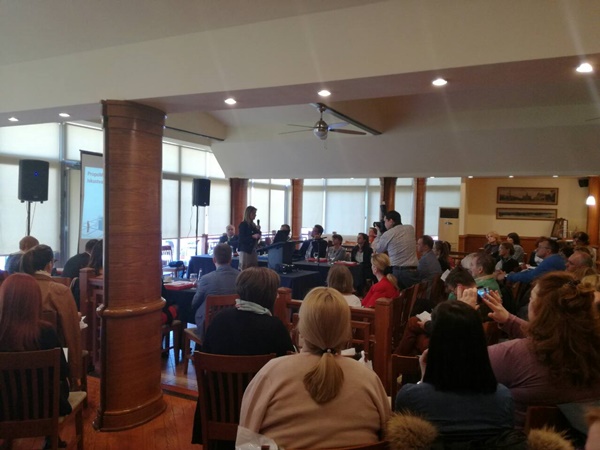 4th multidisciplinary symposium under the name “Edema and angioedema of the head and neck” was held on the 1st of April 2017. In the hotel in Novi Sad staring at 10AM.

AbelaPharm supported for the 4th time an organisation of this symposium as one of the main sponsors.

Study that included 173 kids was held from the January to April, 2016. In the Institute for mother and child „Dr Vukan Čupić“in Belgrade. Study was conducted by the attending ORL specialist from the hospital wing by: Aleksandra Bajec- Opančina MD, Vladan Šubarević MD, Katarina Stanković MD and Mladen Novković MD.
Study included two groups of children: group A- 100 children presenting with symptoms of secretory middle ear infection that were give PropoMucil® syrup for kids for one month (combination of purified and standardized propolis containing 12% polyphenols increasing its antimicrobial action, N-acetylcysteine, honey, marshmallow and rosehip extracts; Abela Pharm, Belgrade, Serbia) and
Group B- 73 children presenting with symptoms of nasal inflammation that was given for a month also PropoMucil® nasal spray.

As a conclusion, it was said that phytotherapy have shown the same safety and efficacy regarding conventional therapy.

“According to our study, the use of multipotent herbal preparations such as (PropoMucil®) in therapies of secretory otitis and rhinosinusitis in children is justified having a positive effect on the children health and no adverse effects.”

This is an original work and has been printed in full inside the Collection of works at this symposium.

After the lectures, a prize game was held in the organisation of the AbelaPharm Company.

This website uses cookies to improve your experience while you navigate through the website. Out of these, the cookies that are categorized as necessary are stored on your browser as they are essential for the working of basic functionalities of the website. We also use third-party cookies that help us analyze and understand how you use this website. These cookies will be stored in your browser only with your consent. You also have the option to opt-out of these cookies. But opting out of some of these cookies may affect your browsing experience.
Necessary Always Enabled
Necessary cookies are absolutely essential for the website to function properly. This category only includes cookies that ensures basic functionalities and security features of the website. These cookies do not store any personal information.
Non-necessary
Any cookies that may not be particularly necessary for the website to function and is used specifically to collect user personal data via analytics, ads, other embedded contents are termed as non-necessary cookies. It is mandatory to procure user consent prior to running these cookies on your website.
SAVE & ACCEPT